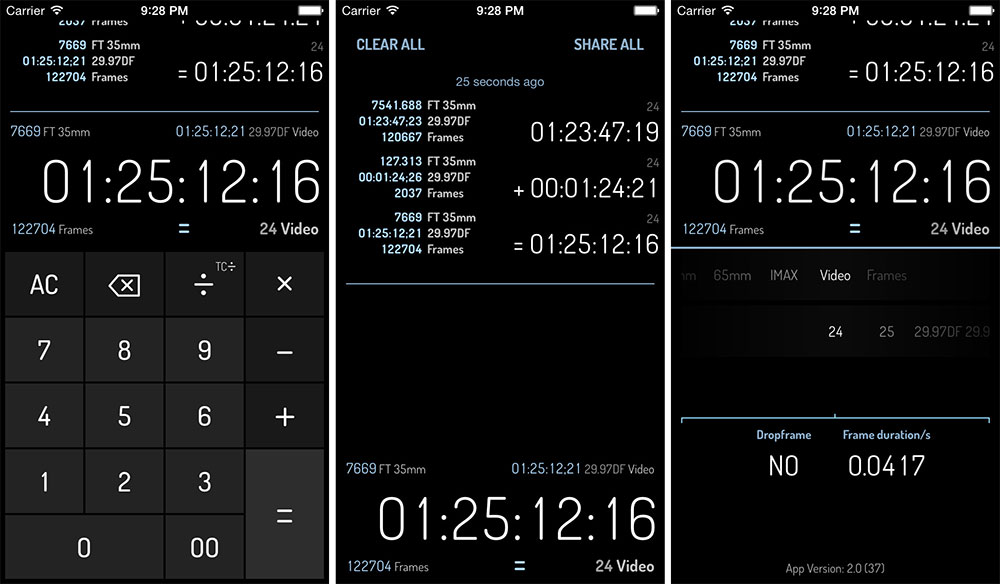 During post production of my new short, 2084, I had to manage a LOT of visual effects.  Every shot in the film consisted of multiple rendered layers.  This often led to some fairly complex timecode calculations. Thankfully, I own a powerful timecode calculator app called, appropriately enough, Timecode ($6.99)!  If you’re not already familiar with Timecode, it’s an easy to use iPhone app for quickly and precisely performing timecode and film unit calculations.  In addition to calculating, it can also perform lighting-fast conversions.  Panoptik, the app’s developer, has just released a brand new version, bringing with it a beautifully revamped interface. To celebrate 2084’s upcoming release