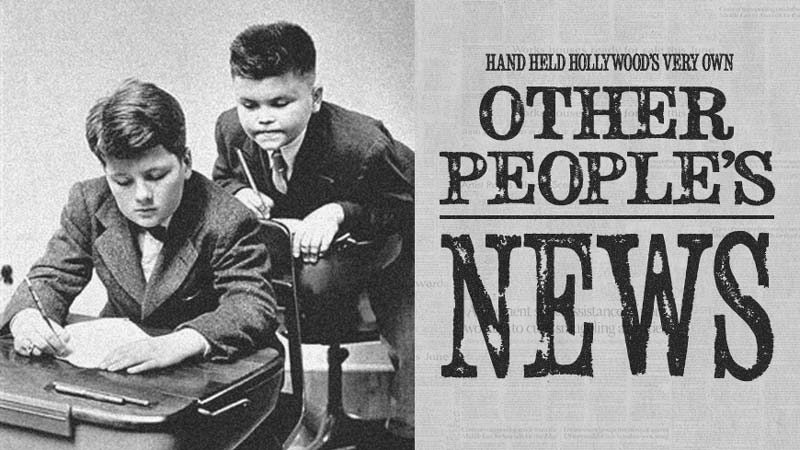 Welcome to another edition of Other People’s News. Here are a few of the more interesting info-nuggets I’ve recently spotted around the web-o-sphere: 9to5 Mac covers a few of the biggest announcements from this year’s NAB conference, including FiLMiC Pro’s new companion app, FiLMiC Audio. This new app turns your old iOS devices (like that old iPhone 6 sitting in your closet) into wireless microphones! The article also covers FiLMiC Pro’s support for the Movi gimbal, as well as new updates from LumaFusion and Gnarbox. Read it here: https://9to5mac.com/2019/04/10/nab-2019-mobile-video-editing-lumafusion-2-0-filmic-pro-gnarbox/.  For extra credit, here’s NoFilmSchool.com’s video of the FiLMiC updates in action: https://www.youtube.com/watch?v=2_pyIYxUocQ 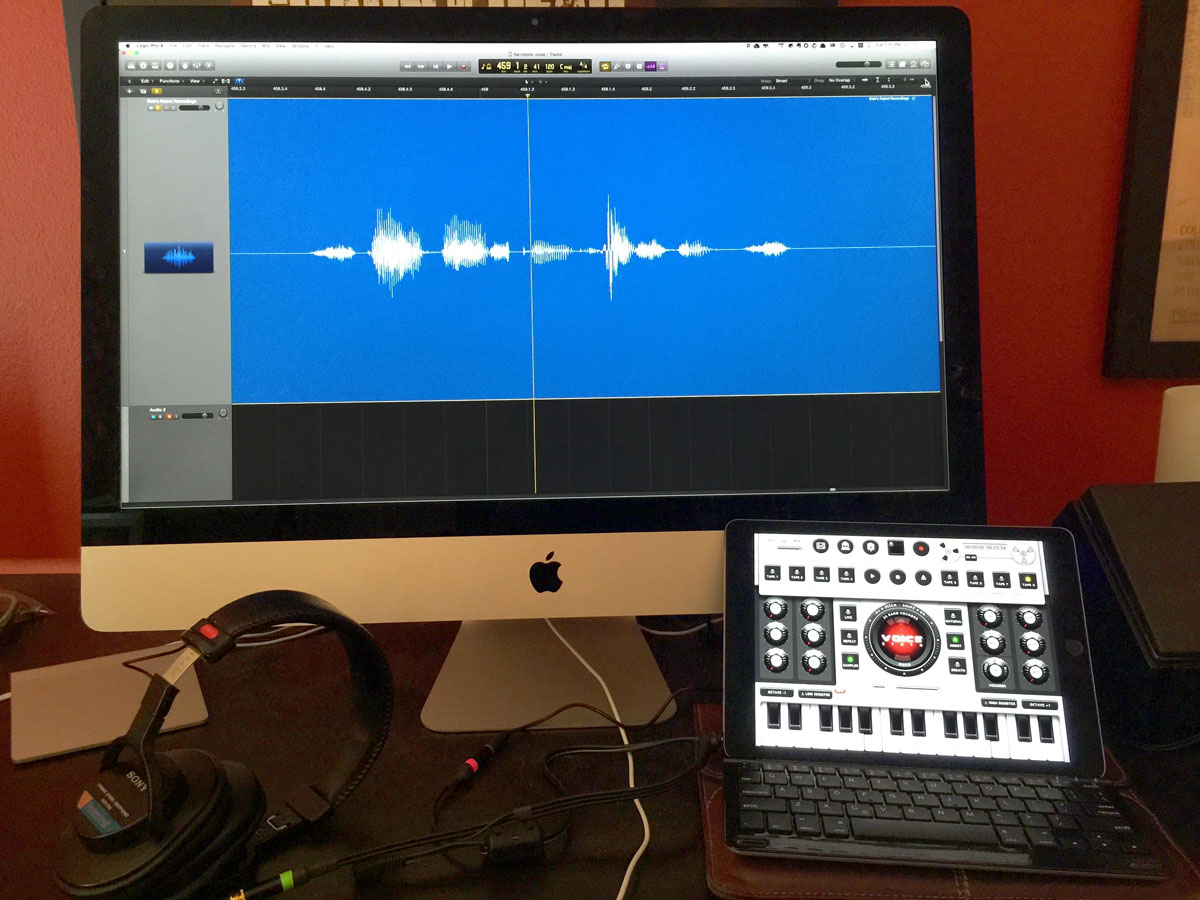 For my new short film, 2084, I needed to create the booming voice of an all-powerful, brain-washing computer overlord. So, naturally I turned to my iPad.

Welcome to another edition of Other People’s News. What follows are some of the more interesting info-nuggets I’ve recently spotted around the web-o-sphere. On his VJ Technology Blog, Glen Mulcahy offered up a super handy cheat sheet of iMovie gestures. He also discusses what I believe is the app’s best new feature: the ability to detach audio from existing video clips. Glen also recently published a very nice report on using radio mics (lavs, handhelds, etc.) with an iPhone. iMore took a look at the recent olloclip update. The new version offers an additional macro lens, and more. If you’ve

Today’s Other People’s News is more of a catch-up session than anything else. I’ve been offline for a while (working and then revamping the site), so I’ve fallen behind on a few stories. You may already know about this stuff, but just in case… Mashable reported on the Pocket Tripod a new portable iPhone “tripod” on Kickstarter that folds down to the size of a credit card. While it’s more suited to watching content than shooting it, I imagine it coming in handy. CheezyCam featured a pair of YouTube reviews of the Rode SmartLav, a lavaliere microphone that plugs directly into your iPhone, 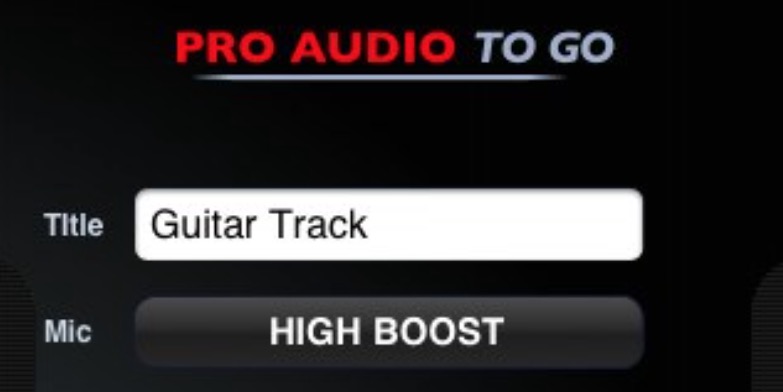 Here’s a nifty audio app I’ve been wanting to tell you about for a while. Pro Audio To Go ($29.99) amps up your iPhone’s audio recording abilities by adding several professional, and time-saving features. First off, the app records 48k AIFF files. What does that mean? Simply put, 48k insures that your original sound will not be compressed into crud. My favorite feature is the ability to create custom EQ and gain presets for all your microphones. So, you might have your wireless lav set to record with a higher gain and deeper lows, while your shotgun mic preset could

The Awesome app blog Palm Sounds is shutting down. Damn!

It looks PalmSounds, one of our favorite iThing blogs, is closing its doors. The site has been devoted to mobile audio and music apps since it launched five and a half years ago, but in an open letter published on Monday, the site’s founder, Ashley Elsdon, announced that Palm Sounds would no longer be posting new articles… at least for the time being. This blog has been around for just over 5 and a half years now and especially in the last 12 months it has required more and more time and effort just to stay on top of everything that’s happening in 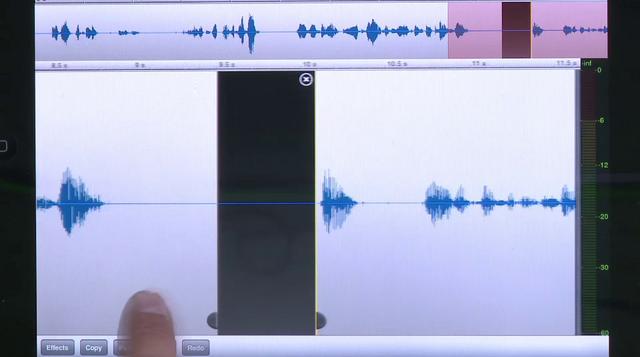 We spend a lot of time talking about apps that help you master the moving image. But, what filmmakers often forget is that good audio is half of good video.  No matter how awesome your video may be, if it sounds like poop… it is poop. I’ve got a few good sound apps in my arsenal, but thanks to my recent gig as a guest-host on MacBreak Studio, I learned about a sexy waveform editing tool for your iPhone and iPad called TwistedWave Audio Editor ($9.99).

Here are a couple new products from IK Multimedia that should appeal to iDevice owning voice actors, voiceover artists, and soundtrack singers. The first is the iRigMic, a handheld microphone that plugs directly into your iPhone or iPad. It’s even got a headphone jack built in to the connector.  I tired it out at their booth, but the show floor was way too noisy to judge the iRig Mic’s sound quality.  Hopefully they’ll be sending a review unit my way.   They were demonstratingtheir mic with their recording app, VocaLive (not yet released in the app store).  It looks nifty, but 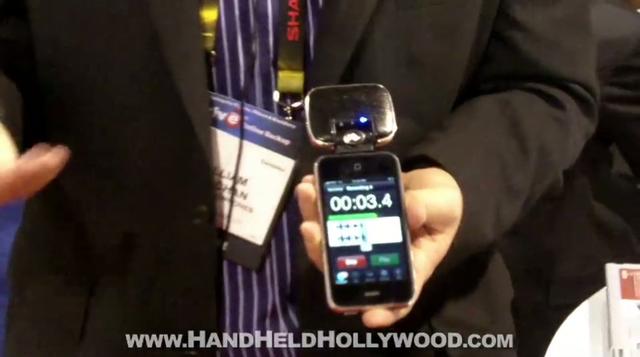 Long time readers of HHH know that I’m a huge fan of Mikey, the external mic manufactured by Blue Microphones. It was even featured in one of our very first articles about performing ADR in the field. Well, Blue is back! And they brought a whole new Mikey with ’em. Here’s the short version: it looks goooood. They’ve added some great features, but I’ll let Blue’s William Merchan tell you about ’em.  Check out the video for all the details.

HOW TO: ADR On The Go

What can you do if your perfect production is made a little less perfect by some lousy audio? Very often, an actor’s lines will be unusable because of extra noise, background sounds, or a variety of technical glitches. But, don’t despair. You can easy replace that bad dialogue with the help of your iPhone, and we’re going to show you how.  This tutorial also demonstrates the use of the FourTrack recording app, and an external mic named Mikey.