I Screen, You Screen, We All Screen for Green Screen

What did you do last week?  I mercilessly tore my living room apart and temporarily transformed it into a green screen (a.k.a. “chroma key”) studio in which I directed a short comedy called 2084.  For as long as I can remember, my friends and I have joked about shooting 2084 on a massive soundstage with high-end gear and a huge crew — total overkill for this very silly, 3-minute short.  Well, after ten years of that not happening, we finally decided to shoot 2084 with a tiny crew (four of us) and a budget just large enough to cover lunch.

While I didn’t shoot the film with my iPhone (I used a Blackmagic Cinema Camera), I did rely heavily on my iPad to improve the quality of my green screen. I’ll explain how in just a moment, but first I want to give you a quick green screen overview.  Skip ahead if you’re already a green screen pro… or hate zombie jokes.

To get started, actors (or other foreground elements) are shot in front of a large green background (a “green screen”).  Then, in post-production, the green areas are digitally removed, allowing the actors to be combined with other layers of imagery.  This process is called compositing.  For example, you might shoot your friend standing in front of a green screen looking profoundly concerned.  Then, in your compositing application (i.e., Adobe After Effects, Nuke, Apple Motion, iMovie for Mac, etc.), you would remove the green, add a new background, and make it appear that your friend is standing on a cliff, observing an approaching army of mutant-spider-riding zombie pirates! (Mutant Spider-Riding Zombie Pirates copyright 2014 Taz Goldstein… maybe.) Green screen photography is a crucial component of nearly every big-budget summer blockbuster, but it’s based on the same technology that places cheesy meteorologists in front of cheesier weather maps!

Before you ask, yes, other colors can be used.  “Blue screen” is quite popular, and I’ve even shot on an orange screen. That said, green is the most common.  As you might expect, professional (and expensive) green screen materials, paints and surfaces typically yield the best results. However, with lots of patience and practice, you can achieve amazing results with much less expensive alternatives.

The simplest, fastest and coolest way to identify uneven green screen lighting is with an awesome app called Green Screener ($9.99).  To get started, you simply position your iPhone or iPad in front of your set, pointing its camera towards the lit green screen (tripod mounts from Studio Neat, Square Jellyfish and Padcaster are quite helpful for this sort of thing).

After launching Green Screener, your iThing will display a gray-scale image of your set. The app instantly identifies different luminance (brightness) ranges of your green screen and displays them as clearly delineated gray bands. Darker bands represent darker areas of your green screen, while lighter bands represent the lighter areas. Moving your lights around will cause those bands to move around the screen.  Simple, right?

If you tap one of the gray bands on the screen, it turns green — this is now your target luminance.  As you reposition your lights, bringing each area of your green screen into the target luminance range, it turns green on your device’s display.  The idea is to turn as much of your device’s screen green as possible. Think of it as a carnival game: Move the lights, turn everything green, win a crappy stuffed toy (and an evenly lit green screen)!  Yes, I’m simplifying the process a bit, but not by much. It really is a matter of setting a target, and then moving lights to match it.  With an evenly lit green screen, your final composites stand a much better chance of looking silky smooth and artifact free.

Green Screener saved my bacon during last week’s shoot — or should I say, it helped keep my bacon from needing to be saved. I truly love this app. Still not convinced of its supercalafragalisticness? Consider this: The app was invented by Per Holmes, the same guy who gave the world Shot Designer, “Hollywood Camera Work” and “Visual Effects for Directors” (a brilliant training series that I consider required viewing for all filmmakers who are serious about visual effects).  Bottom line: If you own an iThing, and you light green screens, get Green Screener.

More green screen fun coming next week when we take a look at an app that will help you line up your green screen shots, and even composite green screen video right on your iDevice!  Just think of all the moon landing videos you can fake right from the comfort of your own underground government compound! 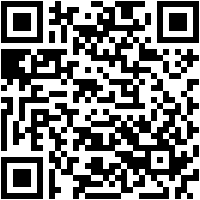 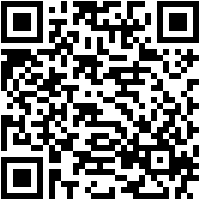 I’ve written a lot about green screen shooting lately, so I’m going to keep this short. As I mentioned a few posts back, I recently directed a short film called 2084, and relied heavily on an awesome iOS app called Green Screener. The app helps you light your green screen evenly to ensure a better composite. Check out the previous post for all the details.

I Screen, You Screen, We All Screen for Green Screen: Part II

Welcome back green screeners!  As you may recall, last week I explained how green screens help filmmakers to composite (combine) multiple layers