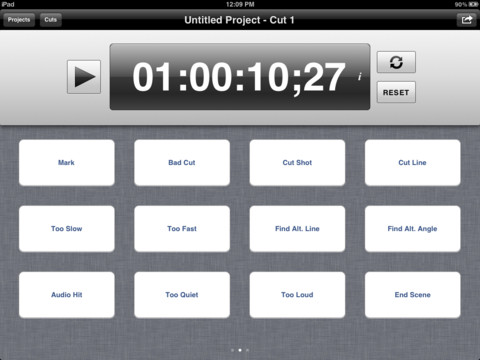 Cut Notes for iPad can now be used with Final Cut Pro X!

I dig Cut Notes ($7.99).  It’s an iPad app we’ve covered once or twice before. In a nutshell, Cut Notes let’s you use your iPad to quickly create a list of edit notes that can be imported into Final Cut Pro 7 as timeline markers. Making it all possible, is a conversion application for the Mac called Cut Notes Marker Importer.  The Mac app imports the file produced by Cut Notes, and then converts it into an XML file that can be read by Final Cut Pro 7.  And now, thanks to an update to the Marker Importer, your notes can now be brought