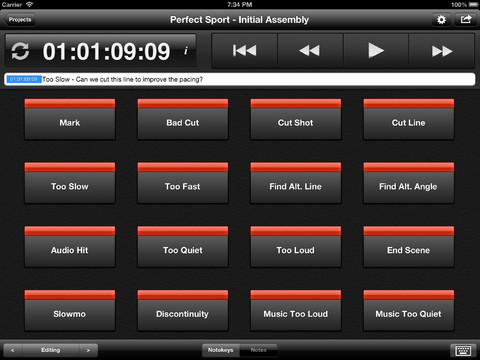 Digital Rebellion has released a significant update to Cut Notes, their post-production note-taking app for iPad owners. Version 1.1 introduces automatic syncing with Final Cut Pro 7! This is major!  The lack of sych was considered by most to be the previous version’s only significant shortcoming. To use the new feature, both your iPad and Mac must be on the same WiFi network.  Setup is done via your Mac’s built-in midi control software. Clever!

RT @smartfilming: audio stream still works but the connector gets very easily disconnected when your talent moves, I just learned that the…...