A great big bag of news!

A lot of cool stuff happened over the past few weeks. I was working long hours, and didn’t have the chance to post about it… until now!  So, here’s some stuff I missed, that you may have missed too. Stu Maschwitz (of ProLost) posted a great article describing how he uses an iPad app called Penultimate, along with custom designed ‘paper’ templates, to sketch out storyboards. Not only does he describe his process, but he also gives away all the templates you’ll need to get started! I’ve been using this app since it was first released over a year ago, and 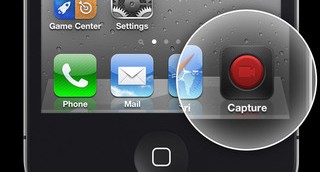 You need to shoot an amazing something-or-other in a hurry, so you whip out your iPhone, tap the camera app, and wait around for what seems like an eternity. By the time you’re ready to record, the amazing something-or-other is gone. Sound familiar? Due to the Camera app’s sluggish load times, this is a problem I’ve experienced MANY times. The wait is over! Capture ($.99) by Sky Balloon will automatically start recording video mere moments after it’s launched. How quick is it? In my tests, it started recording 1-2 seconds after tapping the app’s icon (depending on when it was