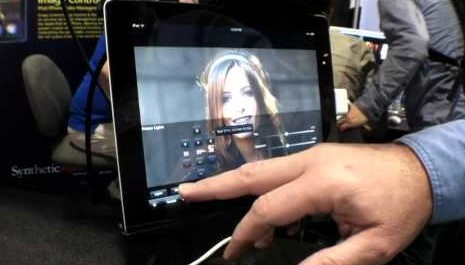 I thought I’d kick off my absurdly delayed NAB coverage with one of the coolest finds on the show floor. Image Control from Gamma & Density is an iPad app designed to facilitate on-set color correction. After shooting to a digital file format, you can dial in your color correction using familiar controls. That correction can then be transmitted to your post production team — giving them a time-saving head start on the final correction.  It’s a great way for directors and DPs to quickly and efficiently communicate the desired look.  Often times, simply describing a look to your colorist doesn’t

The last two months have been non-stop insanity. I mean it! Non-Freakin-Stop…which is why I haven’t been able to post much lately. Thankfully, things are slowing down now. Aaaahhhhhh So tell me, have you seen the new Walt Disney feature film, PROM? If you haven’t, it’s probably because you’re not a 13-year-old girl. But if you are a 13-year-old girl, or you have a 13-year-old daughter, there’s a pretty decent chance you’ve just seen my work up on the big screen (I was Prom’s Second Unit Director). It’s been quite a while since I actually attended any proms, but directing